As we waited in baggage claim for our backpacks in the Kolkata airport, we quickly learned that the most popular piece of checked luggage in India is the 42 inch flatscreen TV.

Seemingly every person on our plane from Bangkok to Kolkata brought a flatscreen TV back home with them!  Can you imagine checking the flatscreen TV you just bought onto a plane in the US?!?!  But, no worries here.  At least thirty TVs were pulled off the plane before the first actual piece of luggage arrived.  Thankfully, our bags did eventually show up on the carousel, and we were off to meet Shelley’s sister, Anne, for a tour of Kolkata and our first taste of India.

If I could use only one word to describe India, that word would be overwhelming.  Our travels in Asia had in many ways prepared us for what we would experience in India.  Yet, from the moment we stepped outside of the Kolkata airport, Shelley and I felt lost in sensory overload.  Thankfully, Anne was there to guide us through the throngs of people, touts, and horn blowing taxis in order to get us on our way.

Having lived in Kolkata for almost a year, Anne put together a great tour for us, taking us to see several of the city’s highlights.  We toured the Missionaries of Charity Mother House, where Mother Teresa founded a new religious order and worked tirelessly to help the poor. 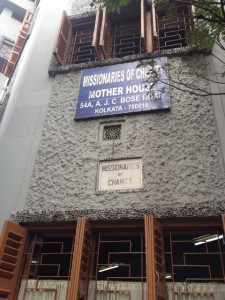 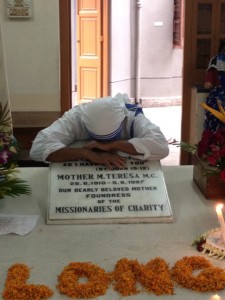 We walked around BBD Bagh, where Victorian buildings dating back to the British Raj, such as the Writers Building of the British East India Company, have been converted into Kolkata’s government center.  We also spent time at the Victoria Memorial Hall, built from 1906 to 1921 to honor Queen Victoria.  Today it acts as a museum, illustrating the history of Kolkata in words, pictures and artifacts.  Definitely a highlight of our time in Kolkata. 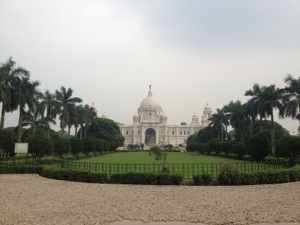 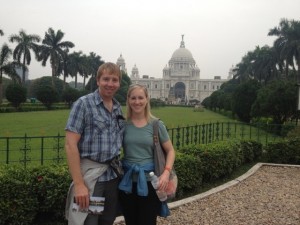