Whale Watching and Swimming with Seals

After driving through the central and southern parts of New Zealand’s South Island, through lots of varied mountain and glacial landscapes, and then up the west coast to see the pancake rocks, we headed northeast to Kaikoura to round out our tour of the South Island.

We were excited to try some new water-based adventures in Kaikoura, which is one of New Zealand’s main places for viewing marine mammals in their native habitats.  So on a beautiful, sunny morning, we set out to buy tickets for a whale watching expedition.  I think we both expected the goal of the trip would be to see lots and lots of whales and to watch as they breached and dove and did all kinds of fun things.  Well, we learned that the whale watching off Kaikoura is a little different.  Because of the sudden drop off to cold, deep water, Kaikoura is a prime spot for male sperm whales, which live solitary lives and don’t jump or show off much.  Sperm whales are a good sight, though, as they’re the largest whale with teeth (as opposed to baleen), and they also have the largest brains of any mammal on earth.  They’re also the deepest diving mammal–they can reach depths of almost 10,000 feet–which can make them difficult to spot, since they spend so much time deep under water.  As the boat got underway, we were cautioned that we might not see a whale at all.

Lucky for us, the crew was able to find a whale that had been sighted earlier in the day, but we were surprised to find that he was just floating there, sleeping.  I’d never once thought before about whales sleeping.  I mean, it makes sense that they need to, just like all mammals, but it had never occurred to me that they might just be floating along in the ocean taking a nap.  Our boat didn’t disturb the sleeping whale in the slightest.  We hung out for a while, taking some pictures (below on the left), hoping he might wake up, but he was out cold.  So we headed off in search of another male and this time we really got lucky–the whale was hanging out on the surface preparing for a deep dive.  The crew got us in position quickly and we managed to catch pictures of him (below on the right) just as he plunged.  You might notice a lovely brown puddle around his tail–yes, that is what you think it is.  Apparently sperm whales are known to empty their bowels just before they dive. 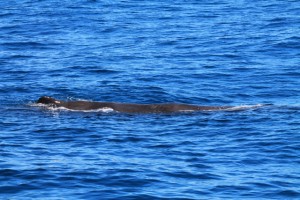 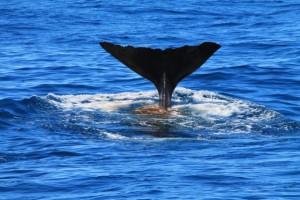 I think the whale watching turned out a little differently than we’d expected, but it was still really interesting, and it was wonderful to be out on such a beautiful day.  As we returned to shore, I took some pictures of the rock pools on the coast and also of the stunning snow-capped Kaikoura Mountains that meet the Pacific Ocean. 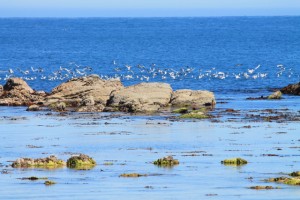 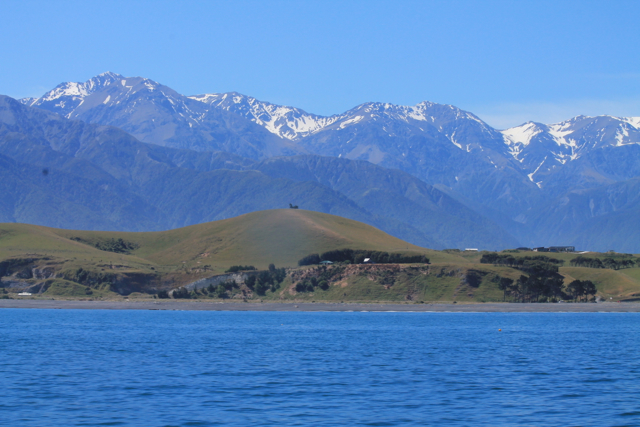 The next day we set out for another marine mammal experience–swimming with seals.  We had the option of swimming with dolphins or swimming with seals, but it seems like there are more opportunities to see dolphins around the world, so we opted for the seals.  I think secretly I hoped it would be like hanging out with a group of lovable, playful puppies, but I found out that seals are a lot more timid around humans than I’d expected. The water was COLD, so we got suited up in full, thick wetsuits topped off with caps and gloves.  Our captain led the five of us on the trip on a snorkeling expedition along the coastline, where we watched seals flop into the water and cautiously check us out below the surface.  We swam through a narrow channel with sunny rocks on each side while the seals hung out on the rocks and slept.  Just at the end of our swim, John and I hung behind the others in our group and floated motionlessly in the shallow water to spend a little more time watching the seals.  Since we were so still, the seals seemed to get a little more comfortable and flopped into the water right next to us.  It was really fun to have the chance to get so close to them in their native habitat and see, outside of an aquarium, how they really play and sleep and live. 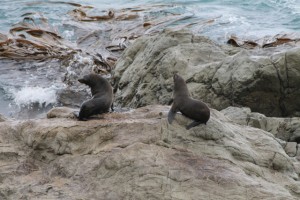 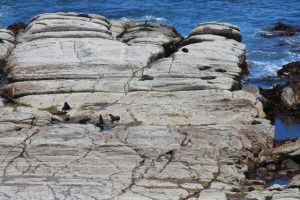 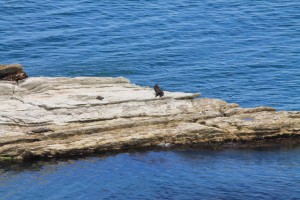 This entry was posted in Adventure 2012, Recreation. Bookmark the permalink.
Cancel Reply