Many expat Americans, including several families of American baseball players that bounce between Japanese teams and the majors back home, live in the same condo complex as our friends the Injays.  Trish happened to mention that we’d be visiting to one of her “baseball buddies” and was given 4 players tickets to see the Hanshin Tigers, Kobe’s “hometown” club, on the Friday night before we left Japan for Malaysia.  Naturally, we jumped at the chance to take in the game.

Although baseball is considered America’s favorite past time, the Japanese people take their baseball very seriously.  And, in the many years that pro teams have been playing baseball in Japan (their first pro league was formed in the 1930′s – I had no idea!), the Japanese have transformed a familiar American experience into something distinctively their own.  And it’s awesome. 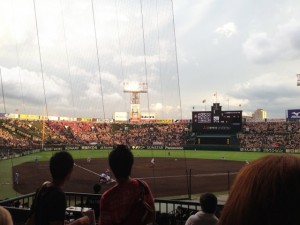 The best thing about Japanese baseball is the fans and the atmosphere that they create at the game.  Completely different than an American game, where you might fall asleep between plays.  Not so in Japan.  It’s like what I imagine being at a European football game to be like.  Check it out:

Screaming, chanting, trumpets, flags…  The fans don’t stop the entire time their team is up at the plate.  Just electric in the stadium.  Couldn’t have been more fun.  And, did you notice the beer vendors with mini-kegs on their backs? 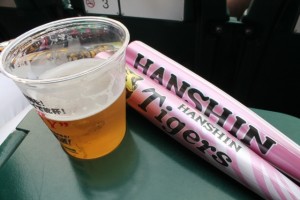 We scored some sweet thunder sticks at the souvenir shop to help cheer on the home team.  They were like Hanshin Tiger nunchucks: hard, hollow, plastic bats with a chain connecting the two.   The Japanese fans were very polite with these “weapons,” using them only for their intended purpose.  But, I think if they were to sell these thunder sticks at American ballparks, riots might ensue. 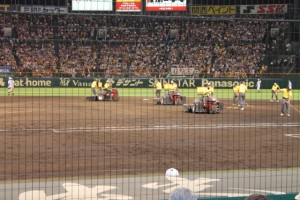 Between innings, the groundskeepers would bring out the infield zambonies to keep it nice.  The Japanese always keep it nice. 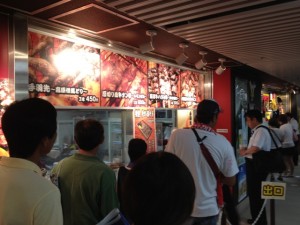 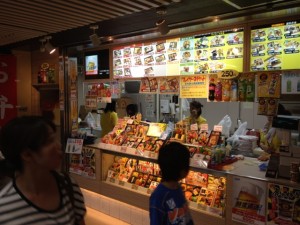 Food options at the stadium are notably Japanese.  Sushi, various kinds of meat on a stick, tempura…  Shelley went for one of the most popular options, fried octopus balls in brown sauce.  I went with the tuna roti.  Seemed like it would be easier to eat in our small stadium seats (they’re built for smaller Japanese people!). 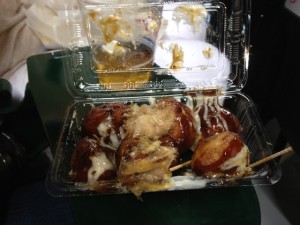 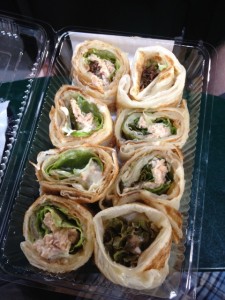 By far my favorite experience of the night was the 7th inning stretch.  The Japanese have their own take on it using balloons.  I’ll let the video speak for itself, one of the best I’ve taken on this trip, I think.

Needless to say we had an amazing time at the game.  The home team sealed the win when #6, Kanemoto, went yard in the 8th.  On our way out of the stadium, we were thanked for coming by no less than 5 different ticket takers/ushers standing in line at the exit.  Bows all around.  We couldn’t have asked for a better ending to our refreshing and uplifting time in Japan. 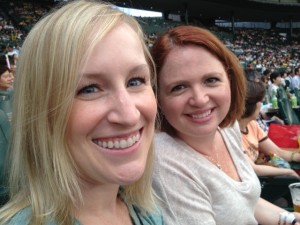 The next morning, we were off to Malaysia!

This entry was posted in Adventure 2012, Culture, Food, Recreation. Bookmark the permalink.