The Cave Temples at Ajanta and Ellora

Following a recommendation from our good friend Steve from Austin, we persuaded my dad and Anne that it was worth making the trek from northern India down to Aurangabad in the Mumbai region for a visit to the Ajanta and Ellora cave temples, and I’m happy to say that we were right!

After arriving in Aurangabad, we headed out first to visit the Ajanta caves.  Most of the sites we’d been visiting up to that point in India were old, but they weren’t really old.  The Ajanta caves, on the other hand, are really old.  The five cave temples and twenty-four cave monasteries at Ajanta were carved out of solid rock in the period from about 200 BC to 650 AD, and then they were abandoned, essentially forgotten, until their rediscovery in 1819 by a British tiger-hunting party.  Lucky for us, that means that considering their age, they’re pretty well-preserved. 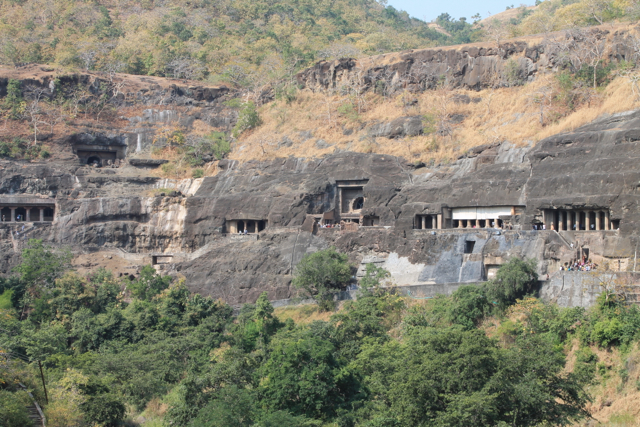 Although the Ajanta caves are known for their Buddhist paintings and sculptures, I couldn’t get over how the caves themselves were carved out of solid rock.  They’re not small, and the thought of people working over 2,000 years ago to chisel away at the rock by hand to create monuments filled with artistic masterpieces kind of blew my mind.  Some of the paintings were also really fascinating, especially those in which you could see that Indian artists had mastered the technique of perspective over 1,000 years before European painters figured out how to do so. 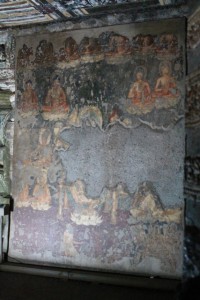 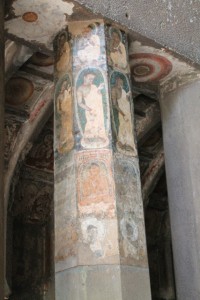 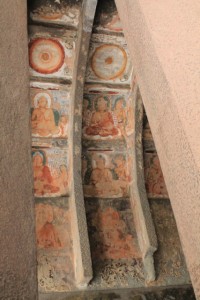 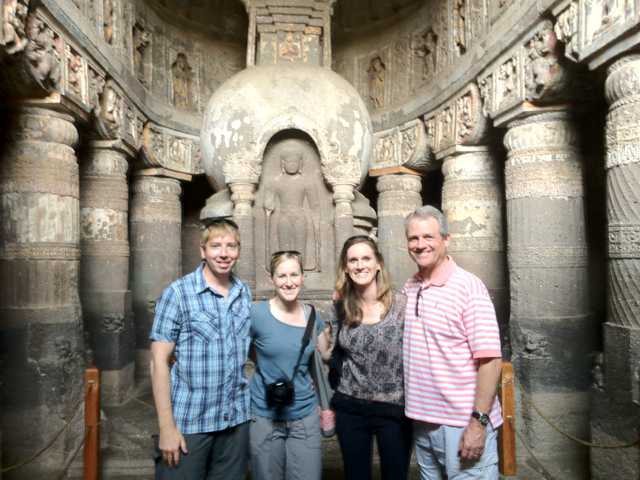 We headed next to the Ellora caves, and where the Ajanta caves are known for their artistic detail and subtlety, the Ellora caves are known for their immense size.  Although the thirty-four Ellora cave temples and monasteries are considerably younger than the Ajanta caves, having been carved between 600-1000 AD, they were similarly carved out of solid rock.  The Ellora caves are also interesting because out of the thirty-four temples and monasteries there, twelve are Buddhist, seventeen are Hindu, and five are Jain—three different religions all represented harmoniously in one spot.  Since we had seen the Buddhist caves at Ajanta earlier that day, we used our limited time to visit a couple of the Jain and Hindu temples at Ellora.  The Jain temples were big, but the Hindu Kailash Temple was immense.  It covers a total area of almost 10,000 square feet, which makes it twice the size of the Parthenon and one and a half times as tall.  We read that it’s been estimated that about 200,000 tons of rock were carved out and removed to create that one temple.  How they managed to carve a temple that size out of solid rock without power tools is completely astounding to me.  It was all really interesting, and it gave us a little insight on what ancient India might have been like. 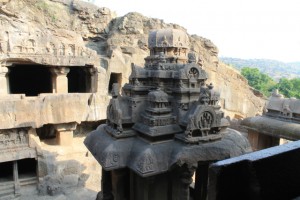 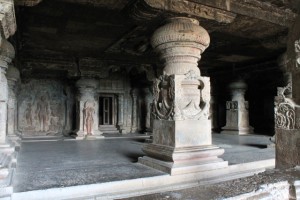 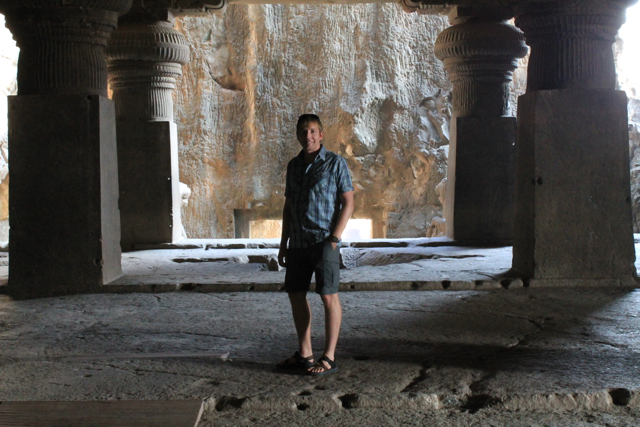 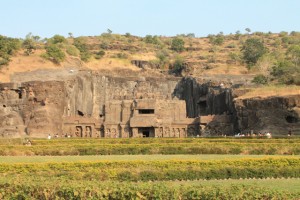 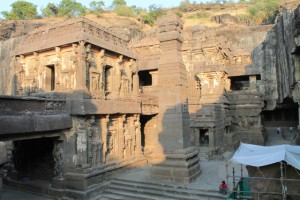 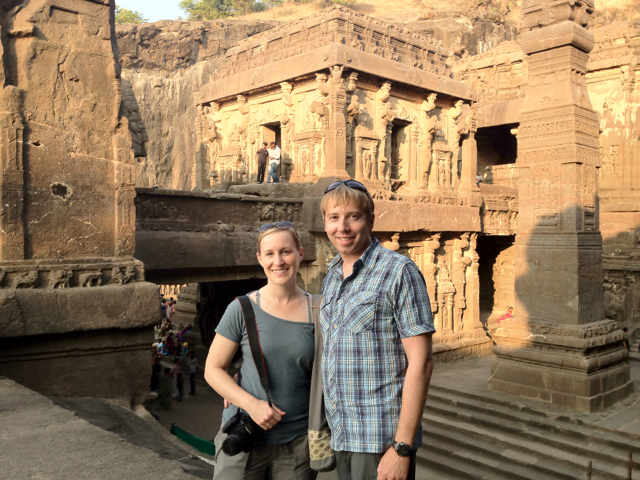